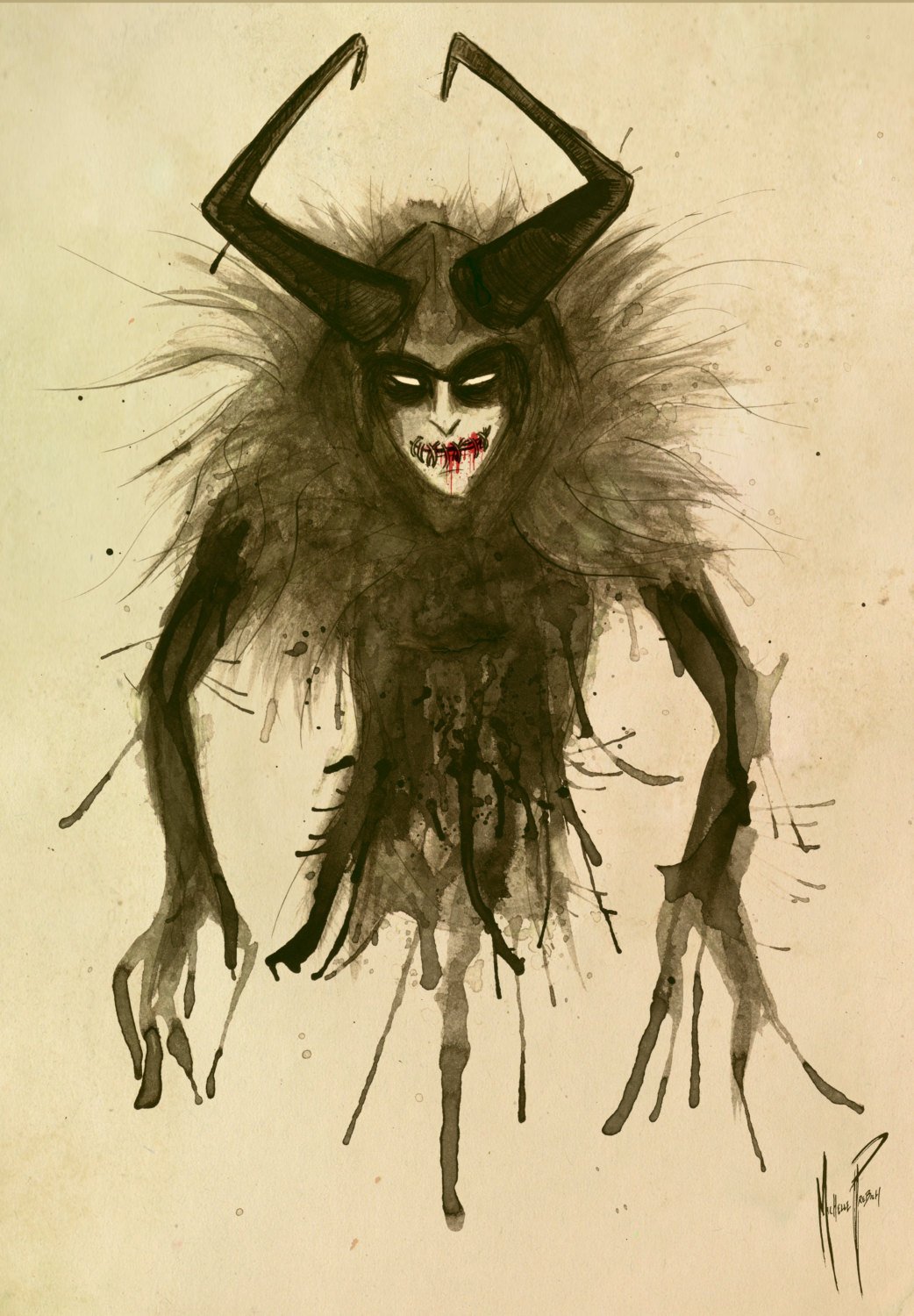 There’s no actual point to this bit of writing. Yesterday was just such a bizarre, stupid day that it merits its own little corner of the internet.

I had a fun(-ish?) dream the other night involving the zombie apocalypse. Loki was in it, of course, but he wasn’t the cause of the chaos, for once. He was my survival buddy, for lack of a better term. In the dream, he owned a high end art gallery, and we went there to stock up on supplies. What kind of supplies, I couldn’t say, because I was distracted by all of the plush fox toys he had in the gallery gift shop. There were also some wolf hounds there that were super excited to be rescued and hugged by us, but I may have been more excited by the hugging part than the pups, because my dreams echo reality. So it should be no surprise that I was in an unusually happy mood the next day at work, images of a dapper art broker Trickster dancing around in my brain with foxes and wolf hounds. It was a lovely day.

The next day, however. . . well, it was just stupid. It was one of those days in which everything goes so comically wrong for everyone that you end up giving each other exasperated looks and screaming, “IS THIS REALITY?! IS THIS OUR LIFE NOW?!”

As mentioned before, my current day job is at a car dealership, because in addition to being a heathen-nerd and a mortuary-nerd, I’m also a car-nerd (VW for life, y’all). I work in the service side, an area populated by so many weirdos that our manager has dubbed us the Isle of Misfits. Naturally, I fit in delightfully well in this little corner of Bizarro-land, and I’m very happy here. Most of the time.

The Stupid Day, as it shall henceforth be known, was a rainy, dreary day that already predisposed everyone to be in a Mood. I usually enter the building through the service shop, and because I was struggling with my umbrella , I didn’t notice the car on the half-raised lift just inside the door. So my day started with me walking full speed into a car, whacking my head on the rear bumper hard enough to knock me back several feet and give myself whiplash. Because nothing’s more delightful than starting your day with a migraine, a charming knot on your forehead, and ridiculous pain in your neck and shoulders. And I hadn’t eaten yet that day, so I couldn’t take any pain killers to offset the wrenching stabbiness in my skull and muscles. This becomes an important point later in the day.

My coworker/partner in immaturity/Statler to my Waldorf had an equally irritating start to the day. A tractor trailer accident shut down part of a local road, which left her stranded in standstill traffic on the highway for well over an hour, just a mile from her exit. I was treated to a running update via text, complete with photographic evidence of the mayhem. For an hour, her texts grew increasingly ragey, and my responses were equally furious. You see, Statler is my mid-morning Dunkin delivery girl, which is why I adore her so very much. I’m addicted to Dunkin iced coffee to the point that when I woke up from the anesthesia from last year’s surgery, I’m told the very first thing I said to the doctors was a super pissy, “Can I PLEASE have my Dunkin NOW?!” So naturally, while Statler was sending me pictures of the misery she was experiencing in the parking lot that used to be a highway, I was sending her pictures of my empty Dunkin cup. Eventually, people started getting out of their cars in the traffic jam, so Statler was sending me pictures of folks standing around in the rain on the highway, proclaiming it to be the Actual Apocalypse and saying, “I will never again question those scenes in disaster movies that show abandoned cars on the highways, because that’s what actually happens apparently.”

She eventually arrived to work, angry and hostile and full of rage, but bearing iced coffee from Dunkin, so I was happy to see her, despite the stupid, stupid pain I was in from practically clotheslining myself on a Jetta. The day didn’t really improve from there, however, as a myriad of technological malfunctions and frustrations accumulated. Because of the ridiculousness of it all, we didn’t manage to get lunch until almost 2 hours after our usual time. Remember how I said I hadn’t eaten yet? Well, my blood sugar TANKED. I wolfed down a sugary fruit bar I found in my purse and a handful of sugared ginger I keep at my desk, but I needed a much quicker, much more rapidly absorbed sugar source. So because of ongoing abdominal issues I’ve been having from emergency surgery earlier this year, I’ve stopped drinking soda because the carbonation fucks me up. Too bad, I needed a Coke, stat. Apparently I can’t handle fizzy shit anymore, because each tiny sip now makes me belch multiple times. And of course, when your blood sugar has crashed and you’re irritable and shaky to the point that you’re ready to brutally murder everyone around you, you’re not taking dainty sips of anything. Have I mentioned that my job involves me interacting face-to-face with pretty much EVERYONE in the dealership, including customers? That was neat. But the day gets better. So much better.

I’m old and cranky and Norwegian enough that comfort and practicality matter more to me than fashion/looking cute/being even remotely professional. So instead of dress shoes, I wear all-black Converse sneakers to work. My murdered out Chucks are discreet, and if management has noticed my transgression, they haven’t said anything about it. I’d noticed that the bottoms of my socks felt unusually damp around the toes, and I dragged my moody, pained self outside to the Smoker’s Shed of Shame for a quick mid-afternoon break. Upon my return, after splashing through puddles, I decided to check my shoes because my wet toes were a bit alarming. Sure enough, the soles were separating from the side at the front of both shoes. Awesome. Luckily, it was easily fixed with super glue; Statler was not amused by the operation, especially because I was bitching about the fear that my awesome fox socks would adhere to the shoes. I think this is the precise point at which Statler just gave up on me and the day in general. She mocked my belchy, whiplashed, soggy-footed self for gluing my shoes back together like a high school punk. I don’t know if I’ve made it clear yet, but I’m clearly the consummate professional and I quite obviously deserve a massive raise.

One of our coworkers is dubbed by Statler and I as “Hummus Guy” for superfluous reasons, because we have nicknames for EVERYONE since we’re mature and professional. Frankly, I think he should be called Costanza because he’s got a serious Seinfeld situation happening, because it was The Stupid Day. He’s new to the dealership, and just received his Official Cult Wear Jacket. It’s puffy nylon, and it makes a very loud, obnoxious swooshy noise when he walks. So of course, EVERY time he walks past our desk, I chant, “swoosh, swoosh, swoosh” until he’s out of hearing range. See again: professional, mature, deserving of a giant raise. Statler’s job is a little, shall we say, undefined, and she’s the newest addition to the team. And yet, she delights in being able to command Hummus Guy to do stuff, such as move her car into employee parking for her (because naturally, the lot was full when she arrived, and she just made her own parking spot because Fuck That Noise). Lucky for us, he seems to have a kind enough disposition that he humors us, even though he totally doesn’t have to. Especially because Statler was on her way out for a break anyway. It’s a good thing she took that much needed break, because upon her return, our general manager decided that one of her ever-expanding random duties was to moonlight as our parts manager for a little while. It was delightfully timed to occur during one of the busiest points in the afternoon when I was already swamped with nonsense, and she was NOT THERE to help me. Instead, she was going around to all of our techs to get lists of parts they needed, because sure. And of course, she doesn’t know anyone’s real name out in the shop, because of our nickname idiocy. So that was super awesome for her. And super frustrating for me. And probably super awkward for Norman, The Really Really Young Kid “Which One” The Tall One, and Billy Goat Gruff.

I’m not even getting into the events and absurdity that culminated in me yelling at my general manager so badly that he fled, then crept back with an offering of chocolate. I snapped at him that I’m not allowed to eat chocolate (stupid FODMAP diet because of my stupid emergency surgery) and that I needed scotch and I was counting down the minutes until I could go home and destroy the bottle of scotch I had waiting for me. I genuinely don’t know how he puts up with me. But then again, it was Stupid Day, and I was Done With Everything. I think he may have picked up on that.

Spoiler alert: I didn’t touch the scotch when I got home. I was angry and annoyed and wound up, so I did the only natural thing to do in that mood: downloaded Duolingo and started relearning German. Because why the fuck not?

And thus is a day in the life of someone who’s afflicted (not “affiliated,” just “afflicted”) with Loki. I thought the end of the week was going to be delightful because of the happy dream I’d had, but it turns out I was too distracted by Himself being dapper and playing with wolf hounds to remember the whole “apocalypse” aspect. Nothing really horrible happened (though I’m sure Statler’s perspective may be a little different, what with the “being an hour late watching people wander around the highway in the rain” aspect – but she still came through for me with the Dunkin!), just a lot of truly Stupid Shit (and maybe a minor concussion).

On the bright side, the super glue worked and my feet are now nice and dry. And the fox socks did NOT get glued to my shoes, so WIN!