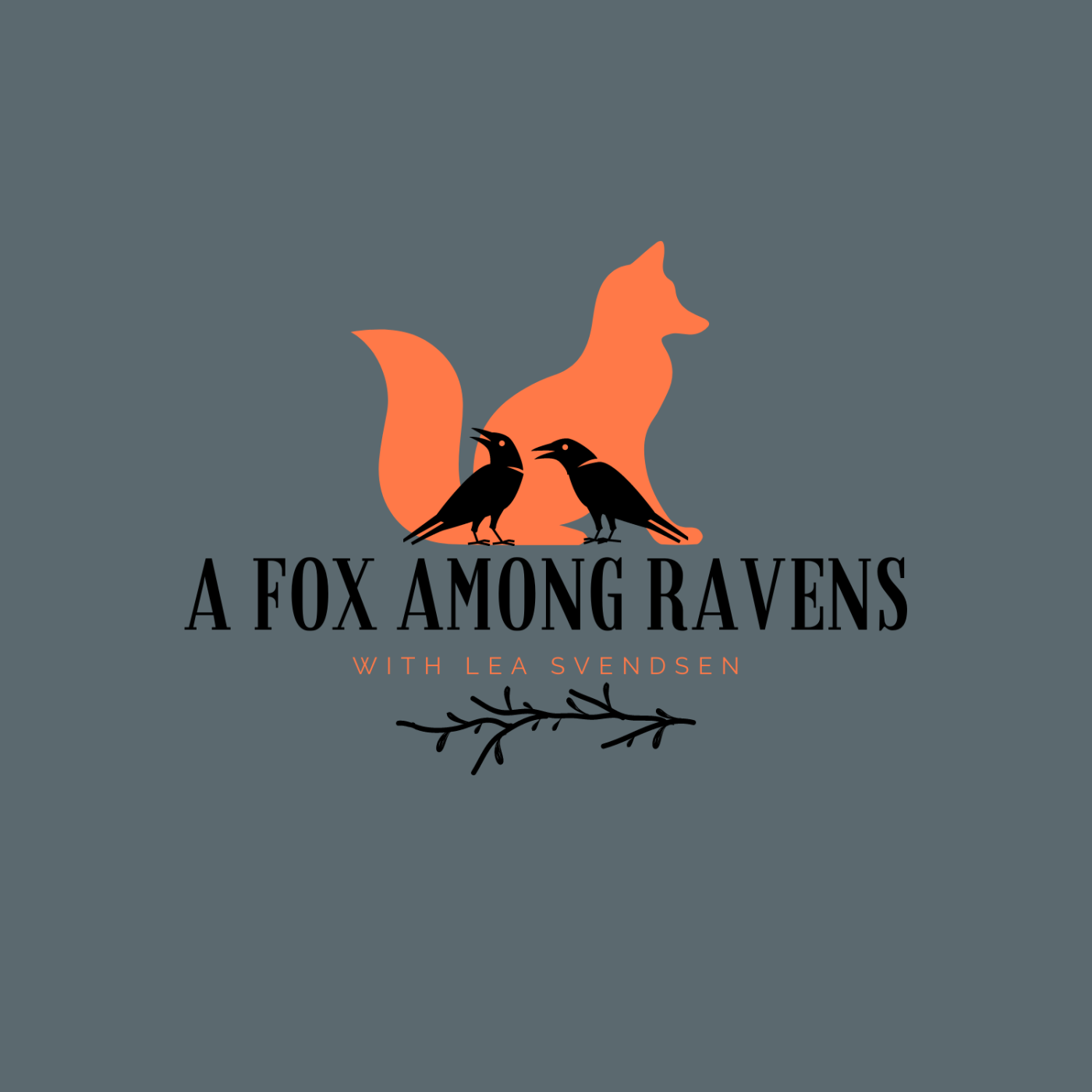 Last month, I teased a bit about a project I had in the works. And then I forgot to update about it. Because I’m damn awesome like that.

Now I get to unveil my latest endeavor and maybe tease at yet another thing I’ve been waiting on. Or maybe not. Tricksters. . . who can trust ’em?

It’s a huge thrill and honor to join the writers at Patheos Pagan with my own column, A Fox Among Ravens! It’s a mix of revised posts from here and new content with a more general heathen “how-to” kinda vibe. This blog is still going to be updated, since it’s my baby and I enjoy having a place to word vomit about Loki, but it’s fun to have a more “back to basics” blog for people who are interested in learning about heathenry. My badass friend Mortellus, of Do I Have to Wear Black? fame (pre-fame?) also has a new column on Patheos, A Crow and the Dead, which is as funny and insightful and lovely as she herself. She also created the logo you see above, which will be added to my column as soon as I’m allowed to muck about with the visual themes. Hugely exciting, I’m really enjoying the opportunity to hone my writing abilities for a wider audience. Which leads me to the other thing, the “should I or shouldn’t I say anything?” teaser. . .

I think I’m supposed to go ahead and spill. I received the response I’d been waiting for while writing this very update, as if I’m meant to screech my excitement into the universe in real time.

Back in December, I wrote about my need to write a devotional for and about Loki and Sigyn. Less than 12 hours later, I was Messaging a friend of a friend of a friend: Mortellus. She was (and still is) a mortician and British Tradition Wiccan writing a book about pagan death rites and funeral practices for modern heathens, and she was picking my brain for the chapter on heathenry. To my amazement, she asked me if I’d be comfortable writing the chapter with coauthor credits. I agreed, because writing is my Thing, and heathenry and funeral stuff are also my Things. As a licensed and experienced funeral director myself, I knew how much the funeral community needs a book like this. It was a joy and honor to be asked to contribute, and though my involvement was brief and only one chapter long, I had an absurd amount of fun working on it (and not just because the project really cemented the growing friendship between us).

Long story short, she spoke to her editors about me, and they requested a book proposal.

I just found out the proposal has been accepted.

Y’all, Loki and Sigyn don’t mess around. Within 12 hours of my “yeah, they need a devotional. I should write one,” blurb, the wheels were set in motion for this to happen. It’s like they were reading over my shoulder, saw me type “I’m going to write something for Loki and Sigyn,” and went, “YES! ABOUT TIME SHE GOT THE MESSAGE! LET’S DOOOOO IIIIIIIIIITTTTT!”

I’m still stunned, and I’m dying to finish my shift at work so I can go take a celebratory nap (hurrah chronic illness!), but I’m overjoyed at the chance to do something this big for our favorite twerp and his beloved. It feels so surreal to share with you that I’ve recently started as a Patheos columnist and that I’ve just had a book proposal accepted by Llewellyn Publishers.

This has been a weird year. We’ve definitely slipped into an alternate dimension or timeline or something, but I’m not questioning this. I’ve mentioned my friend M here in a few of the older posts: my supremely talented psychic friend and the diviner to whom I turn when I need some serious, blunt discernment. Last week, I mentioned her to my mom while we were talking about my submission. I recalled that when she and I had first met, it was at a tarot party years and years ago. I hadn’t asked any specific questions, just really vague, “what do I need to know” silliness. She knew nothing of me or my hobbies (this was long before I had a Facebook account, and my other social media was under false names), but halfway through, she told me I was going to get a book published. It’s always been a dream of mine, but I never thought it would be possible, and it was jarring to hear that prediction hang in the air between us. If I remember correctly, I promptly burst into tears the moment she said that. I think I was a shaky mess for the rest of the day. I had no reason to believe her – she didn’t know me, I didn’t know her – but something about that reading really hit me hard.

I didn’t burst into tears upon seeing the shocking news today (mostly my brain just turned to fuzz), but I got more than a little teary-eyed as I thanked Loki and Sigyn. This is one of the greatest acts of love and devotion I can offer them, and I’m so excited for them. I’m proud of how far Loki’s come in American heathenry, and I’m so thrilled that Sigyn is emerging and being embraced by the community. They are my greatest loves, and I pray that I do well for them and write a devotional in their honor.

Hail Loki! Hail Sigyn! Hail the gods and goddesses all!

5 thoughts on “A Fox Among Ravens”