As mentioned many times before, putting smiles on other people’s faces is my greatest joy. Loki has made it clear that he’s so keen on me because I’m a wry goof who puts people at ease and can elicit smiles and laughs more often than not. That was a surprising boon to me as a funeral director and a distinct point of pride; I’ve long lost count of the thanks families would express, telling me that I made such a terrible time much easier to cope with because I made them smile and giggle in the days that they thought they’d never be able to grin ever again. Chaos and change go hand in hand, but in the midst of it all, there’s always hope. There’s always a chance to feel joy again.

This is a bold claim for me to make at the moment. But I still hold to it.

The last week or so has brought about some fucked up brain chemistry, and today is utterly miserable on the physical front. I’m in therapy for PTSD and the outrageous anxiety and deep depression that is so characteristic of such. I joke that I’m medicated to the gills, and I smoke like a fat man being cremated because what goes better with psychotropic meds than cigarettes? I had a bit of a breakdown and setback when my father killed himself in October, because nothing spruces up a depressive’s medical history better than the suicide of an immediate family member. I’ve been doing well since then, though, thanks to my mom and stepdad, my friends, my community, and my gods. I mean, Loki seems to have a soft spot for the broken, yeah? He and Sigyn swooped in pretty hard to help me through my father’s suicide, and there aren’t enough donuts in the world to fully express my gratitude. But I also have to shout out to my friends, because you guys have done just as much to help me as my gods.

Last week at work, I fell into a deep depressive funk for no discernable reason, and it’s been so strong that I haven’t even been able to pretend to be okay. Nothing makes me feel more vulnerable and more prone to self-loathing than being in that deep abyss when I can’t even offer feeble jokes or grins. I just retreat into myself, physically as well as mentally, trying to hide behind my computer screen as best as I can when tears spontaneously drip down my face for no fucking reason at all. Then today, I was just starting to be able to at least fake my usual self when my stupid gut decided to radiate unbelievable pain. I had a hysterectomy the other year because I had such an extreme case of endometriosis that it was the only option left. Last year, I had another very invasive abdominal surgery when my appendix perforated and toxic sludge leaked into my abdominal cavity without my having a clue. I never had any of the typical symptoms, and went to the ER for severe pain and a sloshy feeling in my left side. The sloshiness was the decomp-flavored marinade that my guts were soaking up for who knows how long. Neat, huh? Not really, considering I’m still having severe problems over a year later.

I mean, I had 2 major abdominal surgeries within the span of a year, and wasn’t even fully recovered from the one before I had the emergency situation. So sure, recovery is a bitch, and my docs aren’t really sure how to treat the symptoms since they’re not entirely sure what’s exactly causing them. Two major surgeries, both of which involved a lot of poking and prodding around my intestines, surely my pain and swelling are due to surgical trauma and the lengthy recovery time associated with both. Add that to the PTSD and depression and you can see why I’m such a fucking delight to be around.

And yet, my friends and colleagues continue to do things to make me smile. They give me space when I need it, they do Dunkin runs to ply me with iced coffee, they buy me strawberry croissants and offer music recs for silly dances. They cook fantastic dinners for me, they go to see Endgame with me despite having never seen any of the MCU movies. I have remarkable friends and colleagues, and I love them dearly for the little bits of joy they offer when I’m struggling.

A few days ago, I was crying for no reason in the privacy of my home, and I said aloud, “I can’t stand myself.” And Loki responded, softly, “But I can. I can stand you.” And as I write this, he’s chirping away about how many people in my life can stand me, even when I can’t. When my mind and body are both revolting against me and creating so much pain, I find comfort in knowing that somehow, I have worth in my community.

I’ve survived a lot of things I shouldn’t have. Last year, I joked that I was so repulsive that even Death has rejected me. Death may have rejected me many times over, but my friends and my gods haven’t. They make me smile even when I feel like I can’t. I’m beyond fortunate to have such good people around me, some there by choice, some by circumstance. They don’t let me face this pain alone, even when I want to scream, “Stop wasting your time, I’m not worth it!” Loki’s the first to smack that down, and my friends are just as stubborn. They’re doing for me what I try to do for everyone else: tease a smile out of me with a kind gesture and a joke. A gift for a gift.

I’m still fighting the depressive funk, and I’m in extraordinary physical pain at the moment, but I know that this too will pass. There is still joy to be had, coffee to be drunk, and bad jokes and idiocy to inflict on everyone around me. Consider it my way of saying thanks.

3 thoughts on “Mood, or You’re All a Bunch of Masochists” 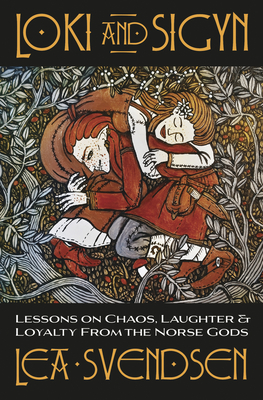